Borders are good and protect us from harm. Adam and Eve had restrictions and we know what happened there when they violated them. Lucifer violated his boundaries and he was thrown out of heaven as a consequence. 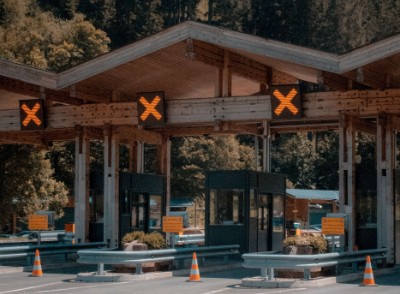 As I was watering the 74 trees we have planted on the Z Hobby Farm, I started thinking about how we put a border of dirt around each one to keep the water concentrated over the roots, and about the importance of borders and all the different type of borders God has created for a purpose, and for our own good.

He has bordered the sea so that it does not flood the earth.  He gave the galaxy borders so the planets and stars stay where he put them.  He has given the Sun boundaries so we are not burned up.  He has given the seasons boundaries; each one knows when to begin and end.  You get what I am saying.

Borders are good and protect us from harm.  Adam and Eve had restrictions and we know what happened there when they violated them.  Lucifer violated his boundaries and he was thrown out of heaven as a consequence.

Heaven has borders, too, but God has given us a road and gate. Unfortunately, few find it.

Nations and States have had borders since the beginning of time that kept their peoples safe.  As mankind learned in the beginning, the devil and wicked men will work hard to knock down those borders so they can infiltrate lands and minds to convince us they know better than God.

America’s border issue is not that we don’t want to let people in. The problem lies in violating the laws set in place to help protect us from those who wish to infiltrate our nation and destroy our freedoms and liberties. Even our government was given borders! Our Founders made sure that each state had as much sovereignty as possible and that the federal government had limited and defined powers (borders).

Our U.S. and State Constitutions have borders, limiting what they can impose on the people.

When part of the dirt wall around one my trees becomes weak, it starts out as a small issue – not too problematic.  If I don’t acknowledge the problem and immediately fix it, it is not long before I have a bigger problem and it takes more effort to correct it.  If left completely unchecked, I will have destruction and have to completely rebuild those berms before the tree dies.

America, we can’t afford to ignore our border issues.  Remember that it resembles a slow fading away when a nation gives away its own freedoms.

“The journey of a thousand miles begins with one step.”